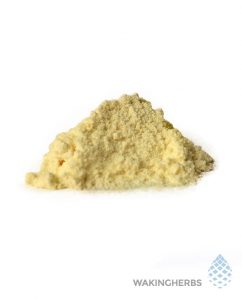 Similar to a succulent, this little plant belongs to the Aizoaceae family. Sceletium tortuosum has fleshy light green leaves and small flowers with spindly petals whose colors range from white and light yellow to pink and sometimes a soft orange. It is a low growing plant, which sprawls across the ground. Its origin is in South Africa but can be found growing across to the Eastern Cape province.

This is a mysterious plant, as there has been little investigation of it over the last century; due to the disruption of its habitat, it has also become increasingly difficult to find. However, the first peoples of South Africa noted how the Bushmen prepared and used this intoxicating plant, primarily by fermenting the leaves and chewing them as a quid or by smoking the leaves.