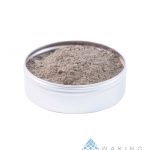 This Rapé with Mulateiro & Chacruna is another one of our favourites. It is an energizing medicine for the body, uplifts the spirit and invigorates the mind.

Spirit of the Jungle

While this Mulateiro & Chacruna Rapé is energizing, it is also very grounding by opening one’s perspective to higher spiritual realms. It supports a deep connection to the spirit of the jungle and when taken at higher doses, can also impart psychedelic effects. This Rapé is the perfect medicine to work with in combination with Ayahuasca ceremonies. Either before or during as the effects of the alkaloids of Psychotria Viridis can potentiate and enhance the effects of the Ayahuasca brew.  It clears the mind of chatter, brings one deeply into their body and into the heart, while also clearing and opening meridian pathways and energy channels in preparation for deep ceremonial journeying.

The base of this Rapé is made from the ash of the Mulateiro or Capirona tree. It is a Amazonian canopy tree that grows 30 meters high and produces an abundance of small, white aromatic flowers. The bark of the tree is used by various tribes people of South America. It has been known as a folkloric medicine and is used as an admixture to the Ayahuasca brew. Its  properties consist of antifungal and antibacterial activity. It is high in phenols and organic acids as well as antioxidants. It is especially useful for the healing of wounds. The ash of the Capirona is mixed with the leaves of a commonly used plant, known as Chacruna. Chacruna grows throughout the Amazon jungle and is typically added to the Banisteriopsis caapi vine when making the traditional healing brew known as Ayahuasca. Much like Chaliponga, Chacruna contains a high content of tryptamines, one of particular significance is known as Dimethyltryptamine. Chacruna is responsible for making the Ayahuasca brew highly visionary. Mapacho or Nicotiana rustica is the other main ingredient in this formula. It is known for its ability to clear heavy and dense energy from the energetic field, negative and cyclical thought patterns and emotions that are arising to be cleansed and cleared from the heart. For clarity in the body, mind and spirit.

We are proud to offer a high quality Nukini Rapé with Mulateiro & Chacruna that comes directly from the Nukini tribe. Francisca Nuquini, who made this rapé is unsure of how old she is. However as an elder of the tribe, she says that she has been gathering and preparing sacred plants for as long as she can remember. A humble and gentle woman, she speaks slow and intentionally. However, when speaking of her medicines, her face lights up with a warm smile and her sweet laughter fills the space. During the weeks that we spent with Francisca, she shared with us the ancient secrets passed down to her from her Grandmother about how to prepare the best Rapé. She tells that the power is in the songs she sings to the plants before harvesting them for medicine and the special manner in which each part of the plant is respected and cared for throughout the entire preparation process.