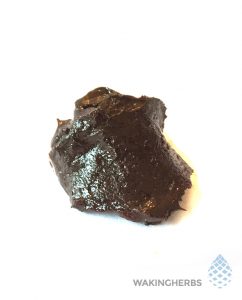 Similar to a succulent, this little plant belongs to the Aizoaceae family. Sceletium tortuosum has fleshy light green leaves and small flowers with spindly petals whose colors range from white and light yellow to pink and sometimes a soft orange. It is a low growing plant, which sprawls across the ground. Its origin is in South Africa but can be found growing across to the Eastern Cape province.

This is a mysterious plant, as there has been little investigation of it over the last century; due to the disruption of its habitat, it has also become increasingly difficult to find. However, the first peoples of South Africa noted how the Bushmen prepared and used this intoxicating plant, primarily by fermenting the leaves and chewing them as a quid or by smoking the leaves.

Sceletium tortuosum has been found to contain approximately eight psychotropic alkaloidal compounds including: Mesembrine, mesembrenine, mesembrenone, mesembranol, sceletenone, tortuosamine, hordenine, and dehydrojoubertamine. For hundreds of years, the African Bushmen have used this plant for ceremony such as for rainmaking, divination observances, healing rituals, and communal trance dancing ceremonies. Reports suggest that the Hottentot tribe would combine Cannabis sativa with Sceletium tortuosum and smoked during rituals and communal dance ceremonies. They have also been known to chew the leaf for toothaches and abdominal pain. Cape farmers have also used this plant as a sedative.

The Namaqua tribe would make a tea to suppress hungry pangs as well as for aches and pain. More recently, certain chemical constituents have been found to be effective for treating depression, anxiety disorders, obsessive-compulsive disorders, and alcohol and drug dependency. At low doses, the Bushmen reported that the effects induced are tranquility, easing of tension and stress, reducing anxiety and promotes a greater sense of self-confidence. At higher doses, the effects are more euphoric, increased tactile sensitivity, and enhanced libidinal desires.