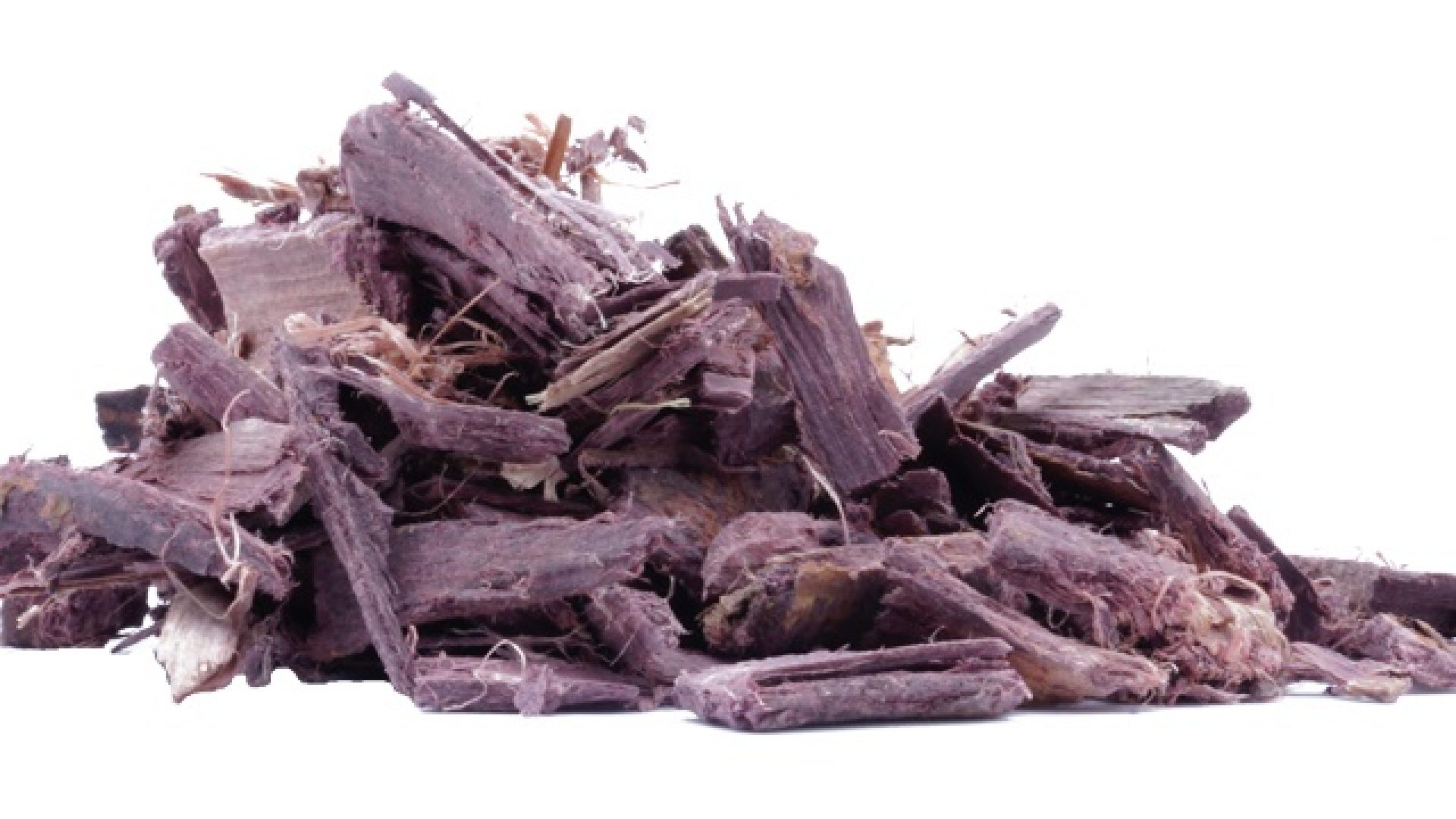 There are close to 500 different kinds of Mimosa in the world. Each one has its own unique characteristics. However, there may not be so many plants that are quite as versatile as Mimosa Hostilis. The species goes by a lot of different names. Amongst others Mimosa Tenuiflora, Jurema, or Tepescohuite.  The root bark of this true wonder of nature is among our top selling products.

What is Mimosa Hostilis used for? In this blog post, we shed light on several potential uses of Mimosa Hostilis.  Did you know that this tree can be used for things as wide-ranging as building, wound healing, as a dye for clothes, and as a shamanic herb?

What is Mimosa Hostilis?

Mimosa Hostilis is a bushy tree that is indigenous in large parts of South America. The species grows in regions as far north as Mexico, but are most commonly found in the tropical lowlands (up to 1000 meters above sea level). You will find the tree mostly in Brazil, Venezuela, and Colombia. The tree can reach up to 8 meters and produces beautiful white flowers and green pods with seeds.

What is Mimosa Hostilis used for?

Mimosa Hostilis’ wide range of use was already known by the Aztecs. They called it Tepescohuite. Freely translated that means ’metal wood’. Referring to the hard density of the material. The inherent strength has made Tepescohuite a popular building material. In places where the tree is ubiquitous, you often find wooden structures such as bridges, furniture, and wheels out of this material. Mimosa Tenuiflora is not only strong, but it also grows fast (Rätsch et al,2005). It makes an ideal source for sustainably grown building materials.

Mimosa Tenuiflora is classified as a pioneer species. These types of plants are among ” …the first to colonize an area that was previously damaged or disrupted” (biologyonline.com). Mimosa’s fast growth and its ability to restore the nitrogen balance in the soil is one of the reasons you often find it in reforestation programs across South America. A study from 2012 in Northern Brazil showed that Mimosa Hostilis grew back to 3,8 meters just six years after an area was flattened for slash-and-burn agriculture. The tree fulfills an important role in restoring biodiversity in its direct surroundings. The flowers and seeds attract several species of birds. Birds introduce a large variety of seedlings, which then have the opportunity to thrive in the improved soil underneath the canopy (Figueiredo et al, 2012).

Mimosa Hostilis is also reported as an ideal ingredient for skincare. It has been claimed that the powdered bark greatly fosters the regeneration of skin tissue. It is often used for  the treatment of wounds, burns, or external ulcers. It has antiseptic, analgesic, and healing properties (Rätsch et al, 2005). 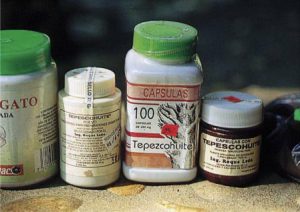 The bark is said to have played a big role in the treatments of Mexican burn victims after the eruption of El Chinchón in 1982 and in the aftermath of the large natural gas explosion of Juan Ixhuatepec in 1984. On both of these occasions, the hospitals in the area became overloaded with the number of people affected by the disasters. The bark of Mimosa Hostilis proved to be very effective in the treatment of burns and wounds (Valencia-Gómez et al, 2016).

These major events have given the powdered bark of Tepescohuite a solid reputation for skin treatment. Today it is widely available in markets, drugstores, and natural food stores in Mexico as raw material. You can also find them in processed products such as balms and skin cremes.

Maria de Fatima Agra (2007) states in the Brazilian Journal of Pharmacognosy that a decoction of the stem bark might help in dealing with bronchitis and coughs. She conducted her research by studying a total of 483 plants with the help of 79  North-Brazilian, indigenous families. These people have possessed Ethnomedicinal knowledge passed down from generation to generation. According to these families, the mixture is drunk until the symptoms disappear.

Did you know that Mimosa Hostilis might have aphrodisiac effects? Rätsch (et al, 2005) explains the common practice of women in Mexico who use the bark in ointment for massages. They massage powdered root bark on the feet of (sometimes unsuspecting) men. They then hope that the aphrodisiac effects of the mixture help them conquer the men’s hearts.

Do you like to wear the color purple? Another long time tradition in which Mimosa Hostilis is used is the dying of clothes. Especially today, when consumers are looking for more sustainable, all-natural products, our MHRB Hidden Valley proves to come in handy. The root bark gives off an enchanting deep shade of purple. If you are ever planning to spice up your wardrobe with the colors of the galaxy, don’t leave out Mimosa Hostilis Hidden Valley from your color palette!

Mimosa Hostilis grows in large areas of South America and has been available for many indigenous peoples. Interestingly, only a handful of Indian tribes engaged in shamanic ceremonies involving Vinho de Jurema. Some Northern Amazonian tribes concocted a brew made from Mimosa Hostilis root bark and a derivative of passionfruit juice.

From about the mid-eighties until the late nineties these practices were considered extinct because of three reasons. Firstly, the tribes were very secretive about the ceremonies. The tradition could be passed onwards from father to son. This special knowledge was reportedly deliberately kept from the white man “..because of his judgment”(Schultes,1998). Secondly, It is very likely that the rituals disappeared because of the destruction of Indian culture (Schultes,1998). Third, The popularisation of ayahuasca may also have contributed to the disappearance (Rätsch,2005).

What were these secretive ceremonies about before they vanished? Indigenous Pancaru tribe members would describe the events as a happening in which the drink gave the shamans “…fantastic and meaningful dreams which brought on an enchantment, transporting them to heaven.”(Rätsch,1997).

Other tribes used a similar brew in ceremonies connected to war. The night before a battle, warriors would ingest the brew to “…catch a glimpse of the clashing rocks that destroy souls of the dead…’’ (Schultes, 1976). We think it is safe to say that powers of Mimosa Hostilis are indeed fantastic.

In the years that these ceremonies were not practiced, much knowledge has been lost regarding Vinho de Jurema. Luckily, today the Jurema ceremony is being revived and it plays an important role in re-establishing the indigenous identity of several Brazilian tribes that joined together in what is knows as the Jurema cult (De Silveira Barbosa, 1998).

Where can I buy Mimosa Hostilis? 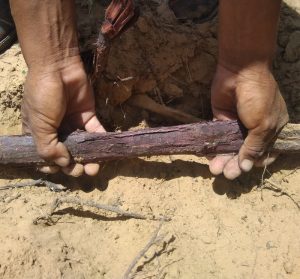 Here is a fun fact. Our suppliers of MHRB ‘Hidden Valley’ have a special technique of harvesting the root bark. Because the tree is useful in so many ways, they do not cut down the trees to harvest its bark. Instead, they dig a hole at the base and only take about a third of the root system. This way the tree survives. Within 5 years, the root system is completely regenerated and another round of harvesting can be done. The tree is never cut down and harvesting can be done indefinitely.

MHRB Hidden Valley is our most popular item and is exclusively found in our web store. In a steady second place comes MHRB Mexico. MHRB Brazil is a rising star and comes highly recommended. Especially since we recently contracted a new supplier for this magical bark.

Are you curious about how our bark is harvested? The video shows our new Brazilian supplier in the process of harvesting a piece of rootbark.

Things you should know about our MHRB.

-Our MHRB is sustainably harvested.
-We plant more Mimosa than we use.
-All of our MHRB comes in shredded form.
-US customers can have fast delivery through our US-based warehouses: MHRB Hidden Valley & MHRB Mexico.
-Is importing Mimosa Hostilis Illegal? It is in some countries. We only ship to countries where the bark can legally be brought in. Check out this blog post to see if we ship to your country.

Our products are not approved by the FDA for human consumption.
This article only serves the purpose of education.
We at Waking Herbs do not promote the use of
any illegal substances related to any of the products described above.

Would you like to read more about Mimosa Hostilis? See here the sources we used: 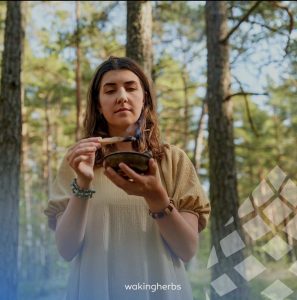 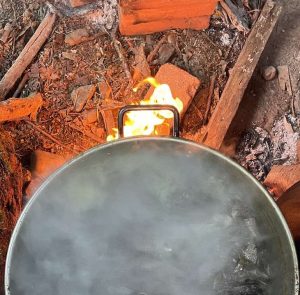 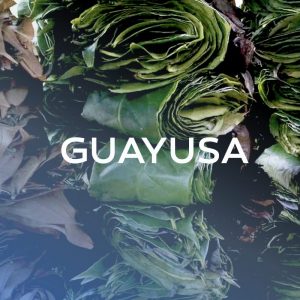 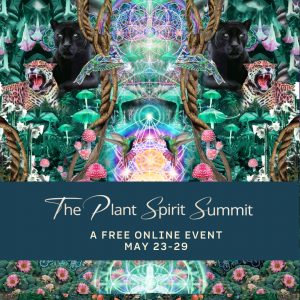