All you need to know about Kanna

We are offering you a full spectrum of forms of this beautiful plant. Our Vape oil and the 50x extracts are among our bestsellers and come highly recommended.

Sceletium tortuosum, better known as kanna, was used as a stimulant by the Khoikhoi in South Africa. It was sniffed, chewed, and drunk as tea. The Dutch who later arrived in South Africa called it “kougoed” meaning chewable.

Kanna has a relaxing and socially stimulating effect. After taking it for the first time it’s slightly stimulating and after about an hour swings to relaxing. A number of people also experience an increased sensitivity to touch and an increase in libido.

How do you use kanna?

You can sniff kanna; 20 mg is then enough to notice the effect. You can also chew it with a piece of chewing gum. In that case, take a larger amount, for example 100 mg to one gram. Besides that you can also brew tea from it or extract it with alcohol. 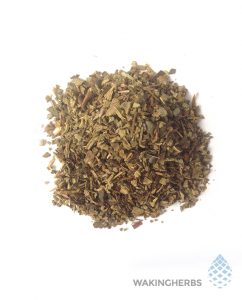